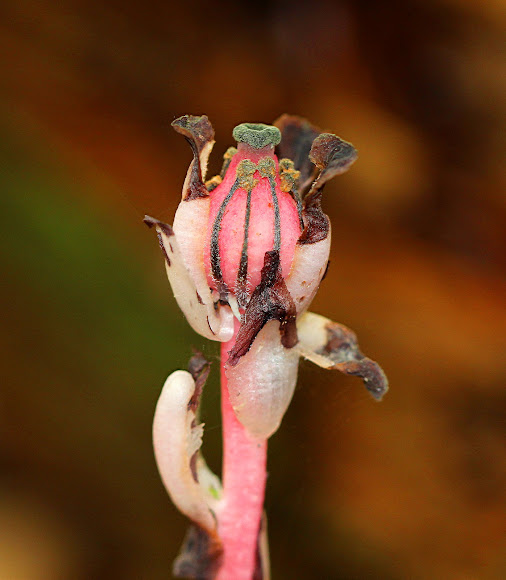 Usually this plant is translucent white, but these had a deep pink hue. Indian Pipe plants have a stem, bract-like scales instead of leaves, and a single flower at the end of the stem.

Spotted growing on the ground beside rotting wood in a mixed forest.

While Indian Pipe is a flowering plant, it is unusual because it isn't green. Unlike most plants, Indian Pipe is white and doesn't contain chlorophyll. Instead of generating energy from sunlight, it is parasitic - more specifically it's a myco-heterotroph. Myco-heterotrophs get their food by parasitizing fungi. They do this by linking their roots with the mycelia of a fungus from which the plant will then get its nutrients.