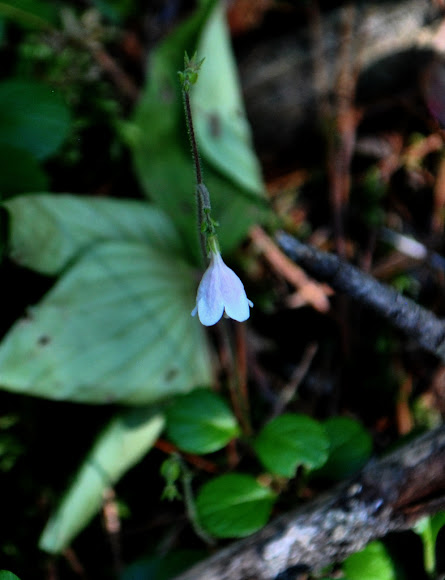 The naming history of this plant is fascinating. Carl Linnaeus is a distinguished figure in the field of botany. Born in Sweden in 1707, he is considered the “Father of Modern Taxonomy”. In 1753, he published the Species Plantarum in which he defines the binomial or the genus/species naming system for plants that is still in use today. During his life he was responsible for the naming of nearly 8,000 plants, as well as many animals and the scientific designation for humans: Homo sapiens. Linnaeus used many of his supporters and detractors as inspiration for naming plants. The most beautiful of plants were often named in honor of his supporters and his detractors often supplied the names of common weeds or unattractive plants. Although he was described as being one of the most arrogant men in the history of science, his arrogance did not lead him to name plants after him. Linnaea borealis was reported to be Linnaeus favorite plant, and was named by his close friend and teacher Jan Frederik Gronovious in honor of Linnaeaus. The genus contains only this species with three subspecies, one for each of the continents of the northern hemisphere. Twinflower has historically been placed in the honeysuckle (Caprifoliaceae) family, but some recent reclassifications have placed this species in a family also named for Linnaeus: the family Linneaceae.