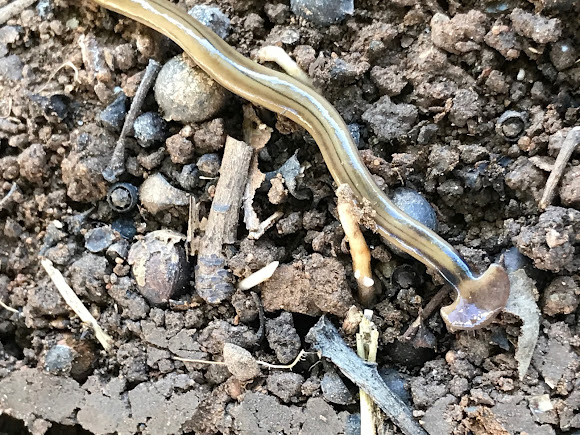 These were found in a friend's flower bed under a sack of mulch. We considered the possibility that they had been contained in the mulch, but that seems unlikely as the sack was unopened and had no visible perforations or punctures. (Native to SE Asia, but now distributed world-wide... likely secondary to international plant trade.)

Considered to be the world's largest flatworms. Feed on earthworms. Produce a neurotoxin which may aid in killing the earthworms. http://www.youtube.com/watch?v=SS-tZUktI...