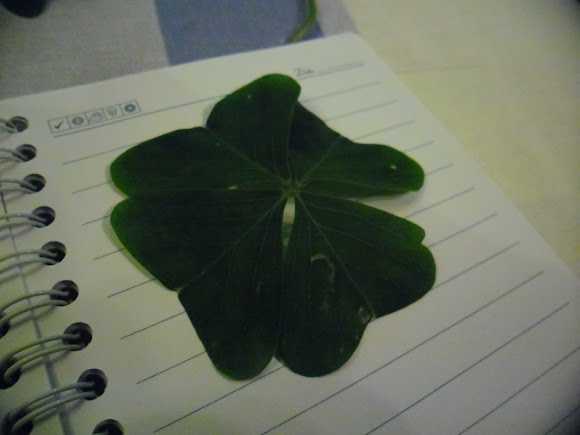 The four-leaf clover is an uncommon variation of the common, three-leaved clover.

I was delighted when I found this and collected many of them. It is believed that a four-leaf clover brings good luck to their finders, especially if found accidentally. In addition, each leaf is believed to represent something: the first is for faith, the second is for hope, the third is for love, and the fourth is for luck. Well I believe the other that makes it lucky to be found is the probability to find it which is 1 to every 10,000 three-leaf clover. It is debated whether the fourth leaflet is caused genetically or environmentally. Its relative rarity suggests a possible recessive gene appearing at a low frequency.