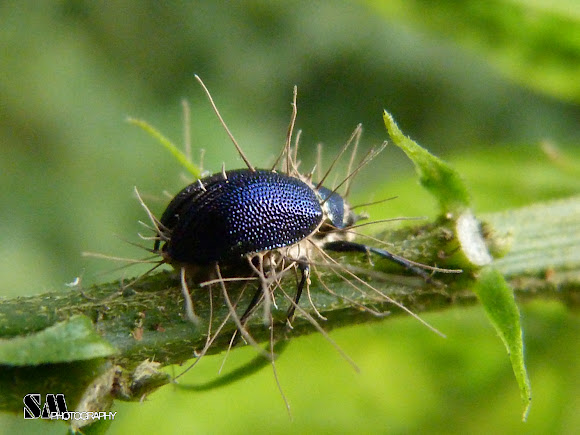 Cordyceps is a genus of ascomycete fungi (sac fungi) that includes about 400 identified species and many yet to be described. All Cordyceps species are endoparasitoids, mainly on insects and other arthropods (they are thus entomopathogenic fungi) (Wikipedia)

syzygy a year ago

Life is the most beautiful and misterious phenomena in the universe (known by human, who does not seem to take much care of it these days) and let's see: also it can be horrible beyond our imagination as well.

Cool!, I love this fungus

That really is quite scary. I'm glad that these fungi haven't developed into something that targets humans. Yet.

I am absolutely Counting on there not being a human-dwelling Cordyceps. But what was that the BBC special said about "the more numerous the species is, the more likely to be hit with the fungus, keeping them from getting the upper hand"?

I think he should publish his own book.

Have you considered making an exhibition with your spottings? I imagine you did...

Your spottings are beyond imagination Sergio!! I love them!!!!!! =)

wow Sergio...you really keep your eyes open out there!

Yasser posted this and it is really scary to watch it.
http://www.youtube.com/watch?v=XuKjBIBBA...

Great spotting. It's interesting how something that kills like this is scary in a completely different way than a shark or alligator is scary.

Nice series.
I am truly upset to see this....but this is also a reality.

Wild life is becoming aggressive/assertive. In this case of course the fungus. The beetle has to figure out a way of outsmarting these guys. Maybe produce an enzyme which will dissolve them completely.......

creepy, sends shivers down my spine just looking at the photos; great spot though.

Yes, Jemma. They control the insect's reactions, that's why these are called zombies. When the fungus is ready to release its spores, it drives the insect to a high place, from where the spores can be taken by the wind and spread over a larger area.

Do these take over the brain functions?