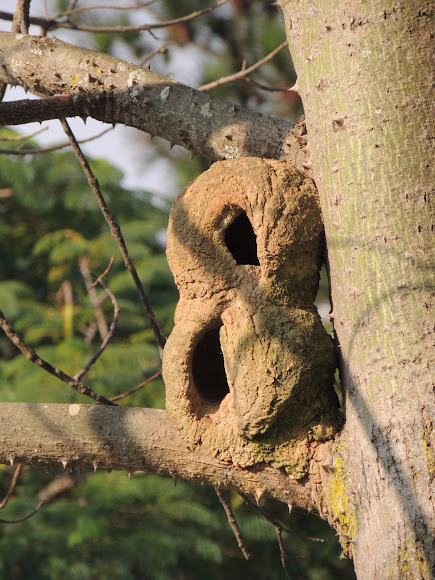 The Rufous Hornero (Furnarius rufus) is a medium-sized ovenbird in the family Furnariidae It occurs in eastern South America, and is the national bird in Argentina and Uruguay. Also known as the Red Ovenbird, it is common in savannas, second-growth scrub, pastures and agricultural land and is synanthropic. Its range includes southeastern and southern Brazil, Bolivia, Paraguay, Uruguay and northern and central Argentina, extending as far south as northern Patagonia. The species is most closely related to the Crested Hornero of Paraguay and Argentina. There are four accepted subspecies.