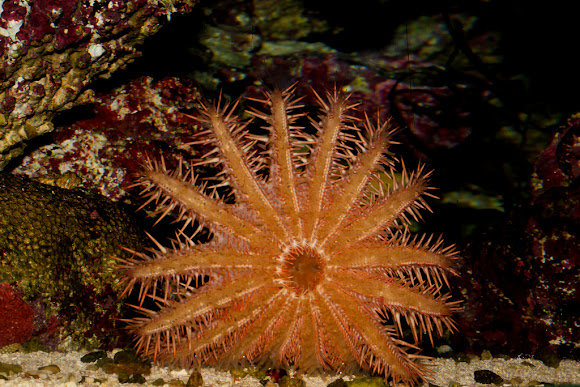 The body form of the crown-of-thorns starfish is fundamentally the same as that of a typical starfish. Its special traits, however, include being disc-shaped, multiple-armed, flexible, prehensile and heavily spined, and having a large ratio of stomach surface to body mass. Its prehensile ability arises from the two rows of numerous tube feet that extend to the tip of each arm. In being multiple-armed, it has lost the five-fold symmetry (pentamerism) typical of starfish, although it begins with this symmetry in its life cycle.