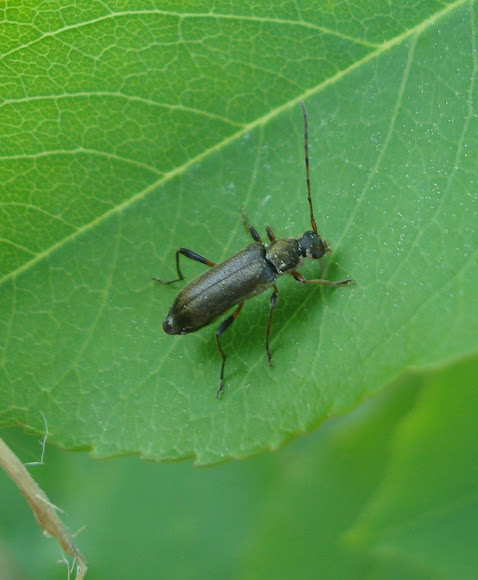 Their body is gray-green, dark green or coppery, while forelegs are yellow (hence the Latin word flavipes) or reddish. The male of Oedemera flavipes, as in most Oedemera species, possesses the hind femora very swollen, whereas in female the femora are thin. The adults grow up to 9–11 mm long and can mostly be encountered from May through July feeding on pollen and nectar, mainly on Asteraceae, Rosaceae, Convolvulaceae and Apiaceae species. They are a common prey of the checkered beetle, Trichodes alvearius.

Spotted on the tree. Found in most of Europe and in the Near East.