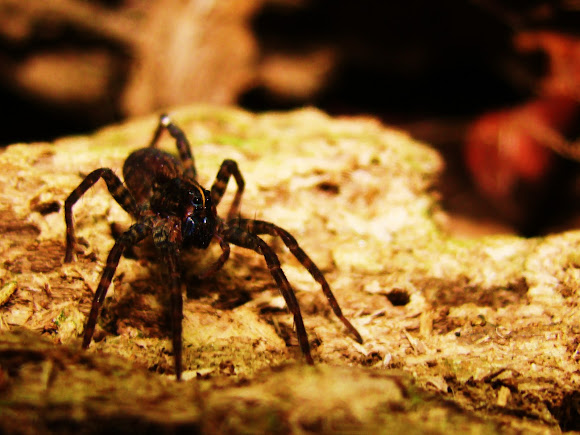 H. carolinensis is considered the largest wolf spider in North America. This species is extremely common in it's range. It can often be found at night with a flashlight as the eyes reflect light with a green-blue shine. Females get slightly larger than males as in most spiders. Large specimens are rather intimidating to most people who fear spiders.

This species can thrive just about anywhere. They are voracious hunters that aren't considered to be "webbers" but instead dig burrows.

A cool fact about this species is that it is considered the state spider of South Carolina. They are VERY easy to find!