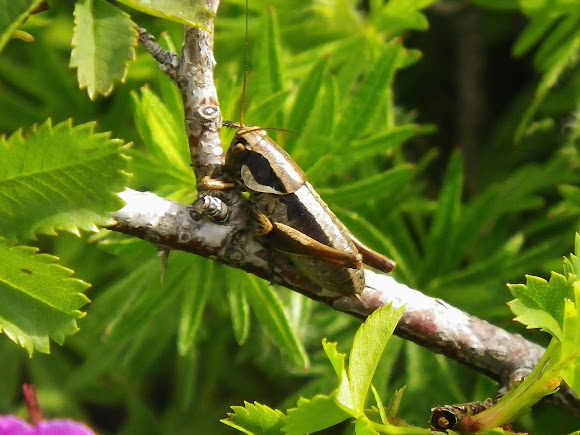 Adult Roesel’s bush-crickets are medium sized Tettigoniid between 13–26 mm in length. They are normally brown or yellow, often with a greenish shade and a rarer green form also sometimes occurs. An identifying feature is the yellow-green spots along the abdomen, just behind the pronotum, along with a matching margin along the border of the pronotum. This margin is entire, unlike its congener the bog bush-cricket. Males and females can be easily differentiated, as the females have a long sword-like ovipositor at the end of their abdomen, which the males lack.

thank you, Lenny, you saved my time :)