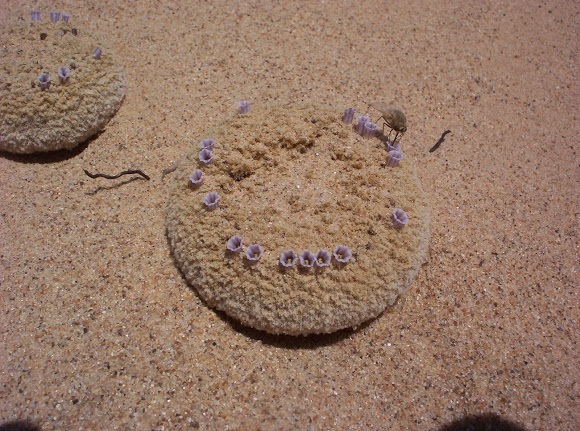 This was one of the species of interest, in a psamiphtic plant survey I was a part of while I was an intern at the BLM's Imperial Sand Dunes Recreation Area. We also surveyed the endangered Peirson's Milkvetch.

Pholisma sonorae, commonly known as Sandfood, is a rare and unusual species of flowering plant endemic to the Sonoran Deserts to the west of Yuma, Arizona in the California Yuha and Colorado Desert, and south in the Yuma Desert, where it is known from only a few locations.

Congratulations hannawacker, this is the first spotting of this organism on Project Noah!

What a fascinating plant!

Amazing thing HW. Thanks for this and the info.

It looks like a Bombyliid Fly feeding on one of the flowers. Also very neat!

This is just amazing! I've never even heard of it. Really unique.