The Osprey sometimes known as the sea hawk, fish eagle or fish hawk. 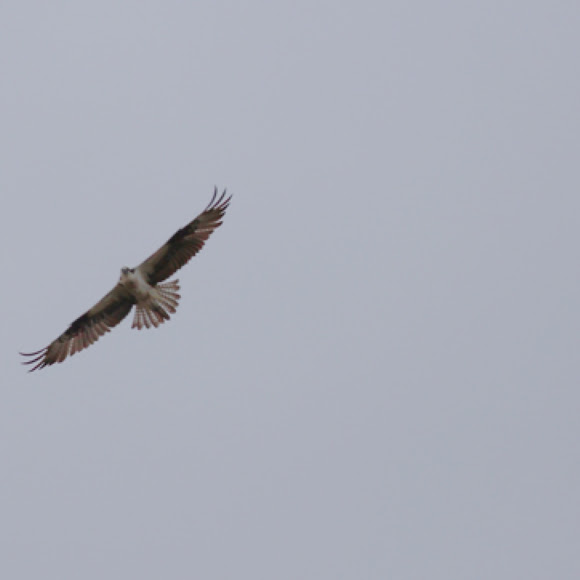 The Osprey is a diurnal, fish-eating bird of prey. It was a large female raptor, about 60 cm (24 in) in length and 180 cm (71 in) across the wings. It had brown on the upperparts and predominantly greyish on the head and underparts, with a black eye patch and wings.

Around Victoria beach area, along the highway, the municipality has erected nesting perches specifically for the Osprey in the area. There are probably six nesting pairs. I spotted this one at the junction of hwy 59 and hwy 505 near its nest perch. The area is marked by a mixture of deciduous and coniferous trees and a variety of bushes... Lots of large branches for the nest. The area is essentially a peninsula surround on three sides by Lake Winnipeg.

The far shot I believe is an osprey with a caught fish. Hard to tell actually. I suppose it might also be an eagle but I thought the head shape and location looked more osprey-like.