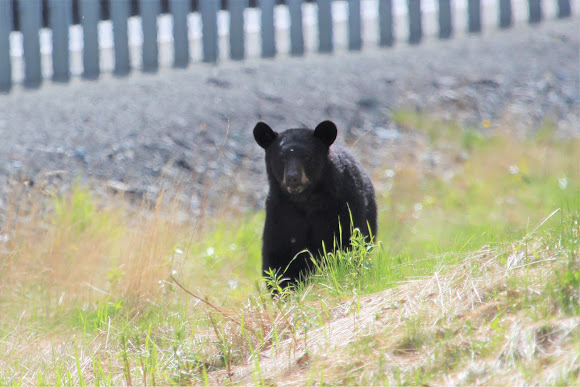 American black bears are the smallest (averaging 240 lbs.) and most widely distributed of the North American bear species. Despite their common name, black bears also commonly come in brown and occasionally bordering on white fur. They can be distinguished from brown bears by the lack of a hump on the upper back and by their size.

This was a pretty little guy. He was moving casually down the side of the road seemingly without a care in the world. He would have walked right up to me if I hadn't quickly moved across the road. Because of his size and the season, I was cautiously looking for his momma. I'm not sure if he is newly on his own or if she was still nearby watching out for him.