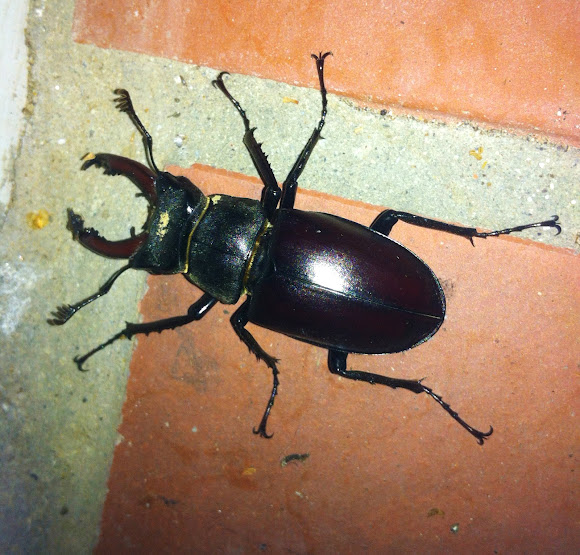 Is the best-known species of stag beetle in the West (family Lucanidae), and is sometimes referred to simply as the stag beetle. It lives in holes in old trees and dead trunks, in the forest as well as in groves. Forest management, in eliminating old trees and dead wood, eliminates at the same time the habitat and food of this species. Once quite common, the population of the Lucanus cervus, along with that of other species of beetles which feed on wood, is in steep decline, and is now listed as a globally threatened/declining species.

Generally, this one is not a point of my interest but i couldn't ignore him. He visited our BBQ and I suppose it has to be known)