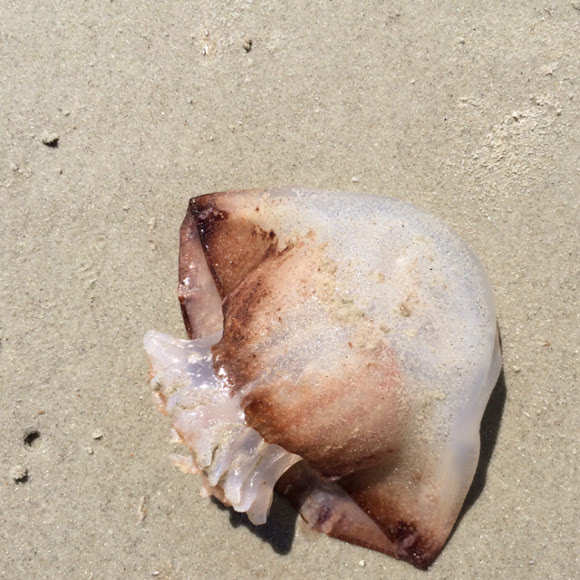 Cannonball, or cabbagehead, jellyfish (Stomolophus meleagris; L. Agassiz 1860), also known as jellyballs, belong to the class Scyphozoa and order Rhizostomeae. Agassiz (1860) described and illustrated the medusa of cannonballs using specimens collected from Wassaw Island, Georgia and Charleston, South Carolina. The hemisperical bell reaches 20 to 25 cm (8 to 10 inches) in size and is bordered with brown pigment. It has short, protruding oral arms with secondary mouth folds (scapulets) at the base of the bell covered with mucus for trapping small prey. Stomolophus meleagris means “many mouthed hunter.” The mucus is also thought to be a response to disturbance rather than for feeding (Phillips et al. 1969; Larson 1976).