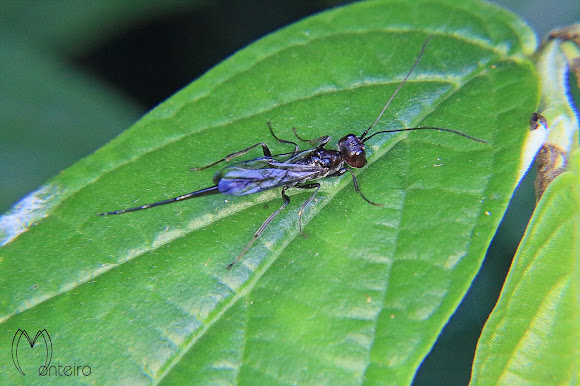 Good one Sergio. These might be a seasonal gondwanan thing as we recently found some too. We're only getting females and believe it's the males that are hard to find. Only 3 species here though. Welcome to winter :-)

Thank you John La Salle. Another one for my list of "I didn't even know that they existed"... And according to a paper I found (which I added to the spotting), it looks like sighting of females is quite rare! :-))

Sergio
Nice picture and a fantastic wasp. I don't think it is an ichneumonid. I am guessing here - but maybe Monomachus (Monomachidae).
There are a couple of pictures here.
https://www.flickr.com/photos/panoramiqu...