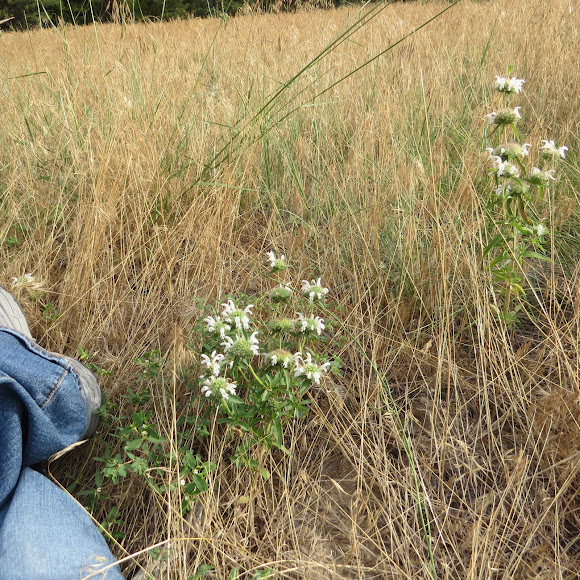 Member of the mint family only appears in this area in years with above average precipitation. Crushed leaves smell spicy.

From "Wildflowers of the Wildcat Hills" by Connie McKinney "Plains Indians used an infusion of flowers as a wash for insect bites and stings. A tea was used to treat mouth and throat infections, and poultices were used for wounds. Flowers were also gathered, placed in water, and sprinkled on hair as a perfume. Beebalm contains thymol, an antiseptic that is the primary ingredient in modern mouthwash. Ground leaves, reminiscent of oregano, can be mixed with sausage for seasoning."