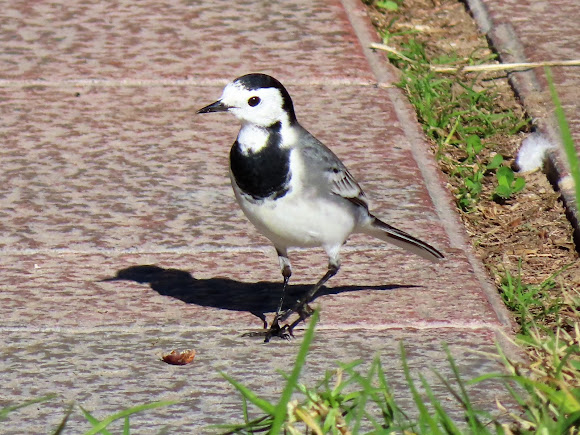 Slender bird with a long, narrow, black tail that constantly moves up and down. It has a black crown and nape and a gray dorsal part. The forehead and cheeks are white and the throat and part of the chest are black. It has white markings on the gray wings. The female is very similar but the black color begins to fade at the crown without reaching the nape. The juvenile does not have black on the head and the black on the throat occupies less space.

Alongside man-made streams in a former riverbed that is now a garden. Valencia Bird of flat and open areas such as fields, meadows, and open fields, although it can also be on the edges of forests whenever there are extensive clearings or nearby cultivated fields. It is usually near humanized areas, including cities, parking lots, industrial estates and roads. In winter it can form roosts in trees, sometimes within urban areas. Its diet consists of a great variety of insects, although the consumption of larvae, flies and mosquitoes stands out.

They are usually seen alone, in pairs or in small groups walking and running, flapping the long white tail up and down. It is characteristic in all plumages for its combination of black, white and gray. The breeding plumage has a black cap and bib. The color of the coat varies regionally from black to dark gray, blue-gray or gray.