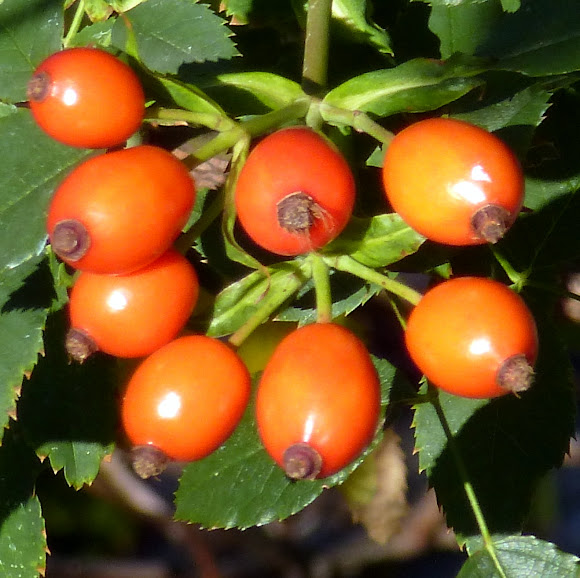 Rose hips are particularly high in vitamin C content, one of the richest plant sources available. However, RP-HPLC assays of fresh rose hips and several commercially available products revealed a wide range of L-ascorbic acid content, ranging from 0.03 to 1.3%. Rose hips of some species, especially Rosa canina (Dog Rose) and R. majalis, have been used as a source of vitamin C. During World War II, the people of Britain were encouraged through letters to The Times newspaper, articles in the British Medical Journal, and pamphlets produced by Claire Loewenfeld, a dietitian working for Great Ormond Street Hospital for Sick Children, to gather wild-grown rose hips and to make a vitamin C syrup for children. This was because German submarines were sinking many commercial ships: citrus fruits from the tropics were very difficult to import. Rose hips contain plenty of lycopene, an important and strong antioxidant that prevents oxidation of low density lipoprotein (LDL) as well as of many cellular membranes. Lycopene in rose hips differs more in its isomer distribution than in other sources (tomatoes, pink grapefruit).[citation needed] Rose hips also contain some vitamin A and B, essential fatty acids, and antioxidant flavonoids.[citation needed] A study of a rose hip preparation for treating rheumatoid arthritis concluded that there was a benefit, apparently due to both anti-inflammatory and anti-oxidant effects. Rose hips are used to help prevent colds and influenza.