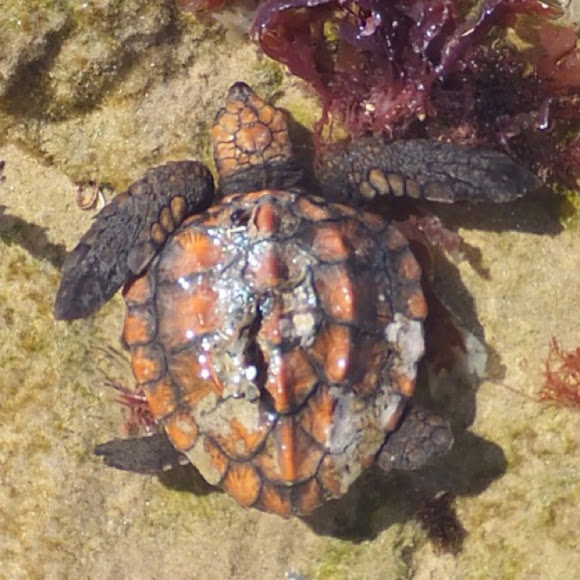 While walking on the beach between Flat Rocks and Cape Recife we found this little fellow stranded and dehydrated. We placed it in a small pool and it showed signs of recovering. We took it to Bayworld in Humewood Port Elizabeth where it will hopefully be rehabilitated and returned to the Ocean.

Poor thing! Hope it gets well and goes back to the sea.