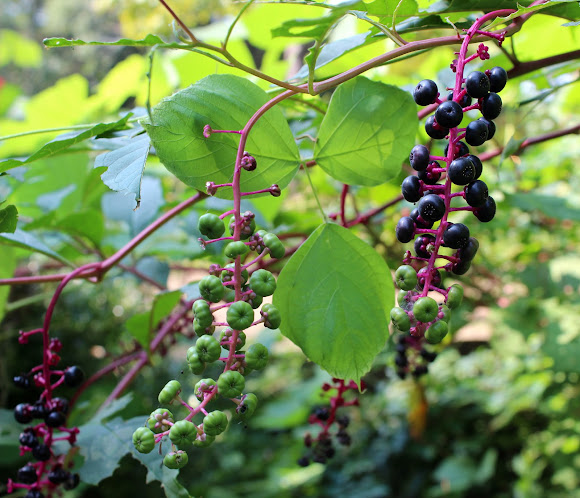 In the Southeast, Pokeweed is part of the landscape, one of the first plants you learn to identify. Wish I could have found one that hadn't been stripped of foliage by caterpillars ... the leaves in the photos belong to Kudzu which, I guess, caterpillars don't like.

Parts of this plant are highly toxic to livestock and humans, and it is considered a major pest by farmers. Nonetheless, some parts can be used as food if properly prepared.

The plant has a large white taproot, green or red stems, and large, simple leaves. White flowers are followed by purple to almost black berries, which are a good food source for songbirds such as Gray Catbird, Northern Cardinal, Brown Thrasher, and Northern Mockingbird.