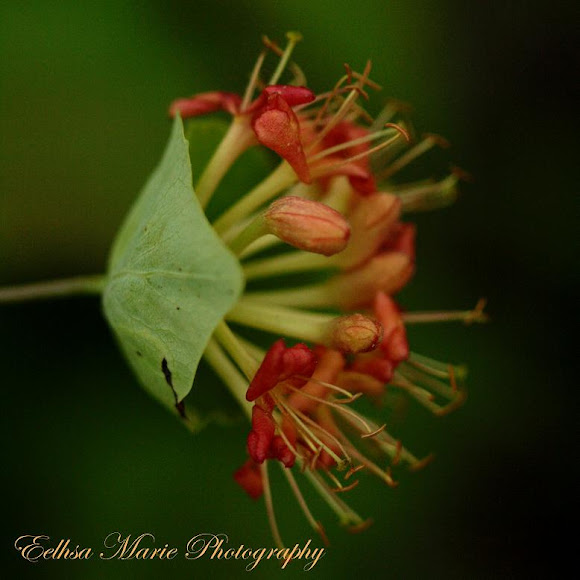 The habitat and growing needs of the Honeysuckle depends on the specific variety concerned. They are grown by many in gardens and flower beds both to attract hummingbirds and pollinators and for ornamental purposes.

I found several of these Honeysuckle plants growing behind the house. I have been unable to discover what exact species they are, but we have never planted Honeysuckles here that I know of, and they appeared to be a wild variety, growing on the edge of the forest.