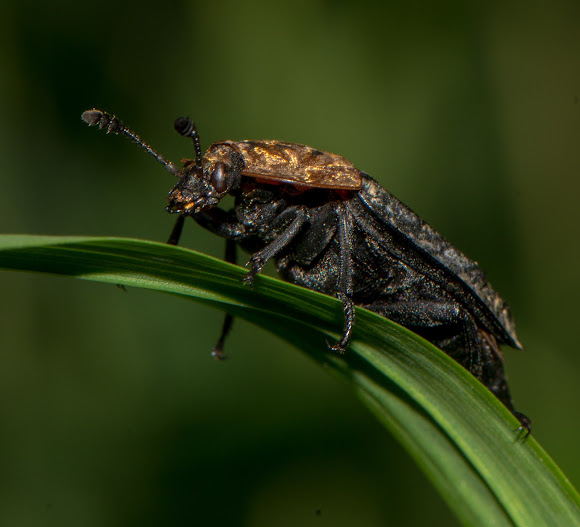 The Silphidae adults feed in a saprophagous manner: they colonize the carrion during all four stages of decomposition, which are fresh, bloated, decay, and dry. The main areas of decomposition for adults are during both the bloated and decaying stages. The Silphidae larvae mainly inhabit during the decaying and dry stages of the carrion. The primary food source for the subfamily Silphinae is the maggot mass present on the detritus. 1,5 cm size.

Silphidae is a family of beetles that are known commonly as large carrion beetles, carrion beetles or burying beetles. This spotting was quite big and "fun" for something found in Sweden :P Thought it was some kind of click beetle at first, but the "click-test" was unsuccessful!

You're welcome. I had never seen anything like it in the US before. It's interesting.

Thank you e.drinnon for your ID. It seems to be correct! Happy that it is a specimen I have heard so much about, but never really seen before. They are called the "death-diggers" in Swedish language :)