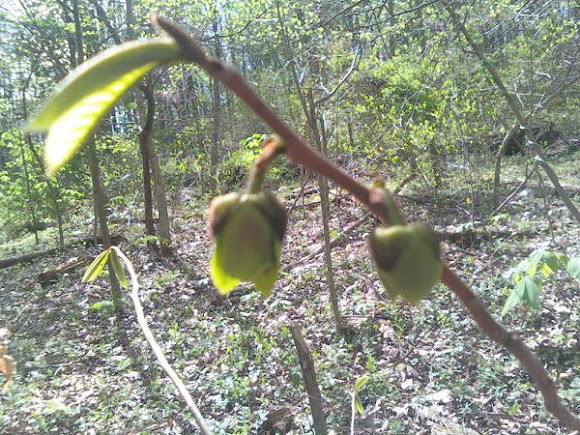 A shrubby tree, rarely growing higher than ten feet. These are the flowers in early spring, along with the just-breaking out terminal leaves. In the summer, flowers produce an edible fruit, sometimes called a "poor man's banana."

I was really hoping to find some pawpaws left over this past fall, but between the local deer population and the local human population, there was scarce amounts to go around!

You need to take a picture of it fruiting!