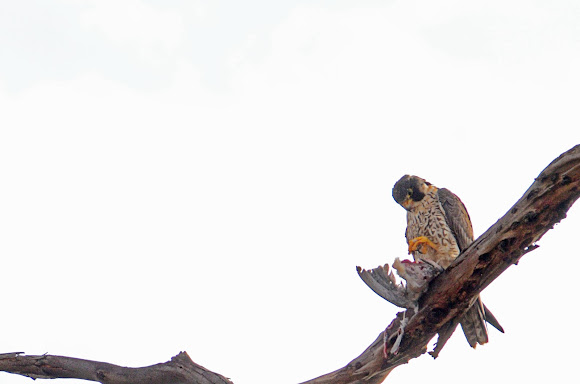 Falco peregrinus cassini, described by Sharpe in 1873, is also known as the Austral Peregrine Falcon. It includes kreyenborgi, the Pallid Falcon[33] a leucistic morph occurring in southernmost South America, which was long believed to be a distinct species.[34] Its range includes South America from Ecuador through Bolivia, northern Argentina, and Chile to Tierra del Fuego and the Falkland Islands.[17] It is non-migratory. It is similar to nominate, but slightly smaller with a black ear region. The variation kreyenborgi is medium grey above, has little barring below, and has a head pattern like the Saker Falcon, but the ear region is white.[34]