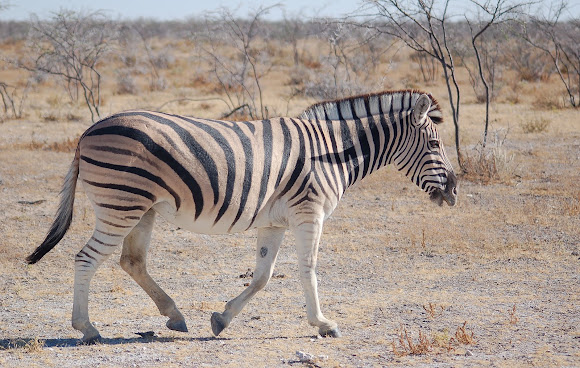 Zebras are African equids best known for their distinctive black and white stripes. Their stripes come in different patterns unique to each individual. They are generally social animals that live in small harems to large herds. Unlike their closest relatives, horses and asses, zebras have never been truly domesticated. There are three species of zebras: the plains zebra, the Grévy's zebra and the mountain zebra. The plains zebra and the mountain zebra belong to the subgenus Hippotigris, but Grevy's zebra is the sole species of subgenus Dolichohippus. The latter resembles an ass, to which it is closely related, while the former two are more horse-like. All three belong to the genus Equus, along with other living equids.

They can be found in a variety of habitats, such as grasslands, savannas, woodlands, thorny scrublands, mountains, and coastal hills.