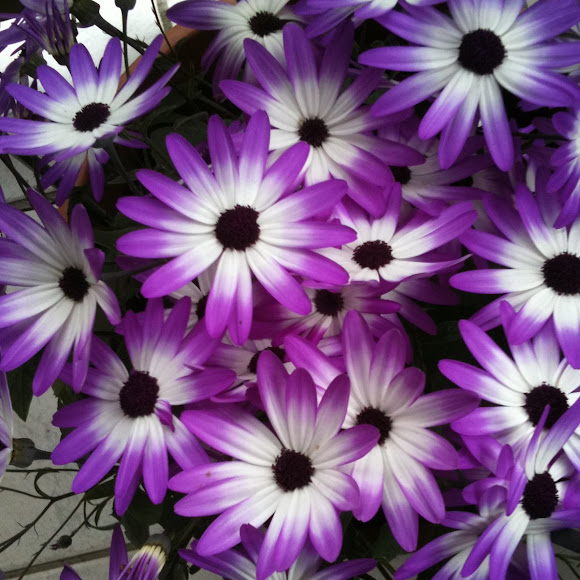 The Florist's Cineraria (Pericallis x hybrida) is a flowering plant in the family Asteraceae. It originated as a hybrid between Pericallis cruenta and P. lanata, both natives of the Canary Islands. The hybrid was first developed in the British royal gardens in 1777. It was originally known as Cineraria x hybrida, but the genus Cineraria is now restricted to a group of South African species, with the Canary Island species being transferred to the genus Pericallis; some botanists also treat it in a broad view of the large and widespread genus Senecio. Some varieties are sold under the trade name Senetti.