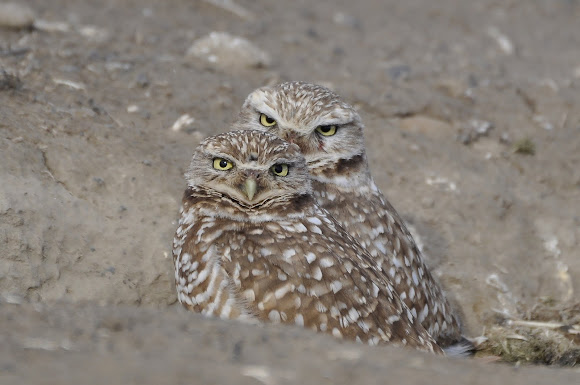 Breeding pair of Burrowing Owls near Othello, Washington. Burrowing Owls will dig their own burrow if others are unavailable, but typically an owl pair will nest in a burrow excavated by animals such as prairie dogs or skunks. Typically 7-9 offspring hatch in April-May and 2-4 survive to fledge about 4 weeks later.

These photos were taken by Lin at the Othello Sandhill Crane Festival, March 25-27, 2011.

fantastic! Makes me think of the Carl Hiassan book "Hoot"

Spotted by
Dan and Lin Dzurisin