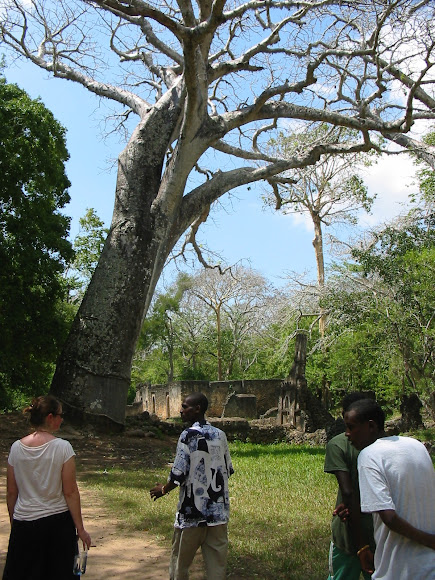 I was told that this baobab tree is estimated to be 3500 years old, but this was from the same guy who told me it would be a good idea to feed the monkeys, so I took it with a grain of salt.

Sandy soil with ample sun, in the 13th century Muslim ruins at Gedi.