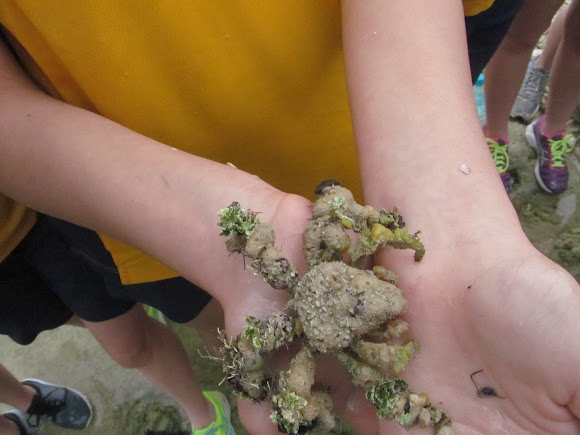 Recently there has been a phenomena where the spirits of animals have begun possessing humans. Case 1: Norman was a school teacher who one day just simply didn’t go to work. He made himself a sort of sticky velcro jacket and went to the dump and stuck rubbish to himself. While interviewing him he would constantly change what was on him and he would even attach food to himself, and then later, eat it. He was a nervous guy that hated being the centre of attention and he told us that he was a Decorator Crab Camposcia retusa Guardian: Julian Moran (Loreto Normanhurst)

I found the creature under a rock, in the rock pools of Normanby Island, Cairns Great Barrier Reef

Ha ha ha... great story David. Please move it into the 'Notes' section though and put a simple description of where/how you found this one in 'Description'
Thanks.

Brilliant spotting, David. What an amazing animal. How did you come across this fellow?