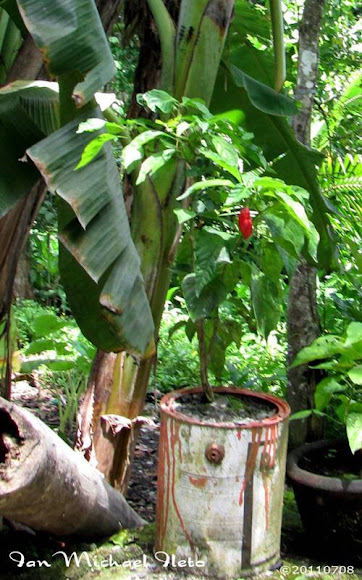 Bell pepper, also known as sweet pepper or capsicum, is a cultivar group of the species Capsicum annuum (chili pepper). Cultivars of the plant produce fruits in different colors, including red, yellow, orange and green. Bell peppers are sometimes grouped with less pungent pepper varieties as "sweet peppers". Peppers are native to Mexico, Central America and northern South America. Pepper seeds were later carried to Spain in 1493 and from there spread to other European, African and Asian countries. Today, Mexico remains one of the major pepper producers in the world. source: http://en.wikipedia.org/wiki/Bell_pepper...

found it being grown in a can