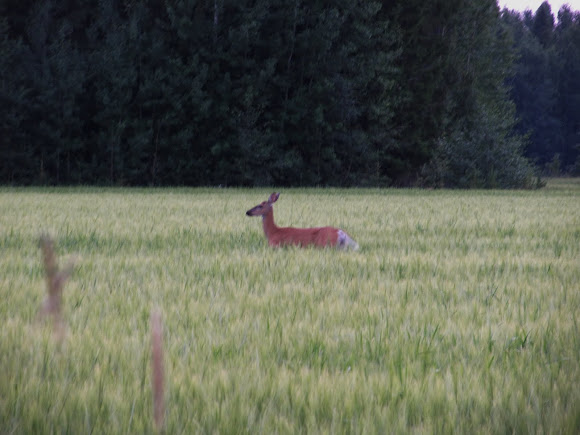 The deer's coat is a reddish-brown in the spring and summer and turns to a grey-brown throughout the fall and winter. The deer can be recognized by the characteristic white underside to its tail, which it shows as a signal of alarm by raising the tail during escape. There is a population of white-tailed deer in the state of New York that is entirely white (except for areas like their noses and toes)—not albino—in color.

Native to the United States (all but five of the states), Canada, Mexico, Central America, and South America as far south as Peru. It has also been introduced to New Zealand and some countries in Europe, such as Finland, Czech Republic, and Serbia.