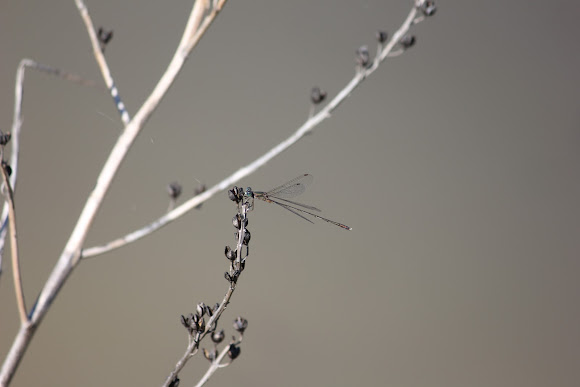 The genus Chalcolestes is separated from Lestes because of differences in their larvae. C. parvidens is closely related to C. viridis and used to be considered a subspecies of C. viridis, however there are small morphological differences between the two species both as adults and larvae and analysis of proteins from the two species, by electrophoresis, also supports their separation into two species, but they are hard to tell apart in the field.

C. parvidens is found in eastern and central Europe, in Croatia, Bulgaria, Greece, Italy, Syria, Jordan, Israel and Turkey. It is found on islands in the eastern Mediterranean; on Cyprus, Corsica, Crete and Sicily.