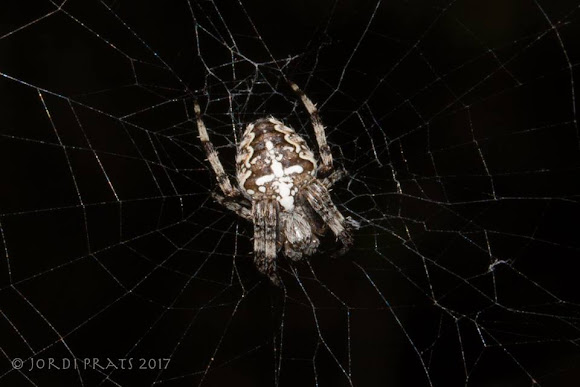 It's a kind of orb-weaver spider found in Europe and North America. Grey in colour with white markings across the dorsal abdomen forming a cross, 10mm in size approx.

Mediterranean pine forest, spotted at coastal area of Menorca Island. A. diadematus has a holarctic distribution, found throughout Europe and across North America, from southern Canada to Mexico, and from British Columbia to Newfoundland.