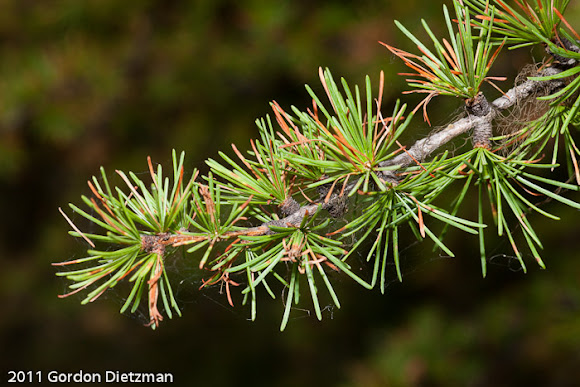 The western larch is a large coniferous tree that can get as tall as 60 meters, but most are much smaller. The interesting thing about this conifer is that it is deciduous, losing its needles each year and standing bare in winter. In autumn the needles turn a bright gold before falling off. During the growing season the needles are soft, light green, and about 1-2 inches long.

Larch occurs typically in colder regions of mountains. It may be that because they lose their needles, they are better adapted to the cold than some of the other conifers as they don't require as much water during cold weather.