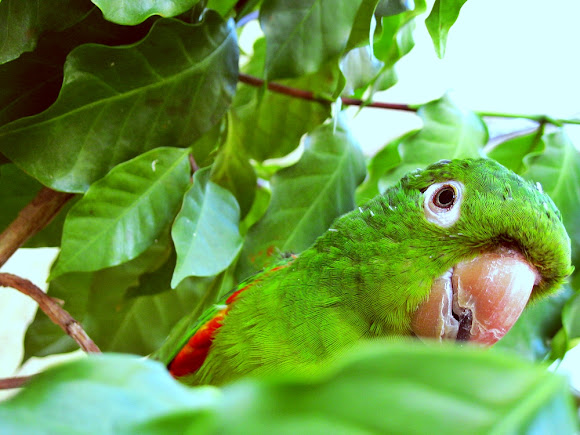 The term parrot is a common name to several species of birds of the parrot family psitaciformes the genus Pionus. They are neotropical, stocky body and short tail, similar to parrots. They are also known by the names of Rocket, baitaca, Humaita, Maite, parakeet, Soia and Suia. Have on average a life expectancy of thirty years, measuring 27 to 29 inches and can weigh from 230 to 250 grams. The maitacas characterized by a short tail and blue, the featherless area around the eyes, the nose, dark gray with red markings on the sides of the jaws. Are similar to those of the genus Amazona parrots, but smaller. Occur in the northeastern region of Brazil (Maranhão, Piauí, Pernambuco, Alagoas) to the south, passing through the central-west (Mato Grosso and Goias). Occur also in Bolivia, Paraguay and Argentina.