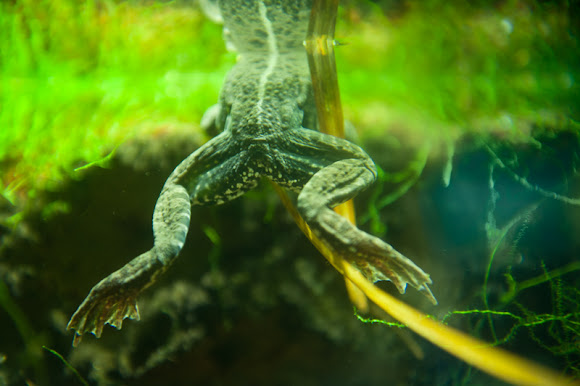 Pelophylax is a genus of true frogs widespread in Eurasia, with a few species ranging into northern Africa. This genus was erected by Leopold Fitzinger in 1843 to accommodate the "green frogs" of the Old World, which he considered distinct from the brown pond frogs of Linnaeus' genus Rana. They are also known as water frogs, as they spend much of the summer living in aquatic habitat; the pond frogs can be found more often, by comparison, on dry land, as long as there is sufficient humidity. Yet there are species of Eurasian green frogs – the Central Asian P. terentievi, or the Sahara Frog (P. saharicus) – which inhabit waterholes in the desert.

Although common in the Netherlands a easily to be found in the wild these pictures are taken in the Amsterdam zoo.