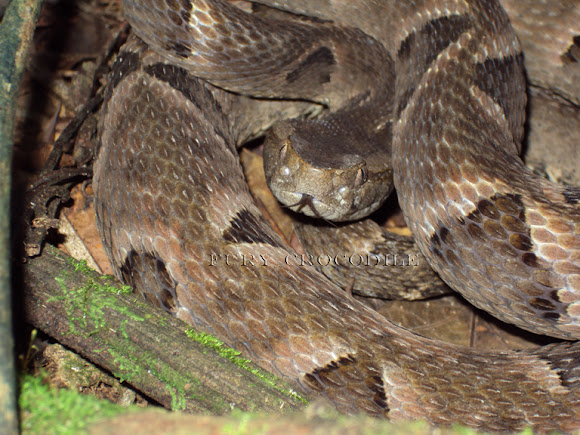 Usually has a lighter color than other pit vipers. The design of the back arches can form triangles or dark blue, bordered in white, with apex reaching the wire back. A wide variation of tone in the same litter (polymorphism). Have heat pits and the female has a shorter tail than the male. Reaches up to 1.50 m in length.

They inhabit fields and savannahs.

Food: Small mammals, birds, lizards, snakes and amphibians. Biology and social behavior: with nocturnal and terrestrial, hides in burrows and hollow logs. Puppies have a broad diet and to capture different prey have an efficient trap: they shake the tip of the tail, like a bait, eventually attracting amphibians and lizards, which are quickly killed. Reproduction: viviparous, has only one litter per year. At the beginning of the rainy season, after four months of pregnancy, often born from 12 to 14 pups, but that number may be higher. Predators: mussurana (Clelia sp.), Skunks, hawks, the bush dog and maned wolf. Longevity: average of 15 years.