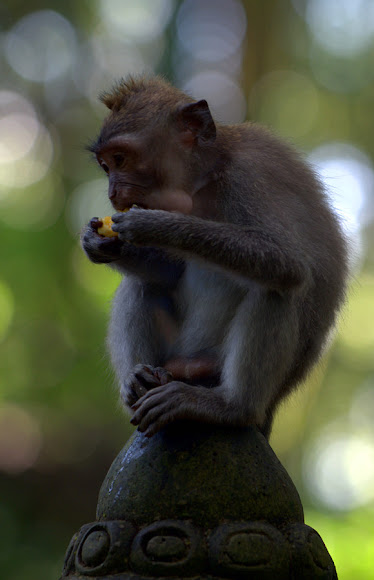 The crab-eating macaque is found in a wide variety of habitats, including primary lowland rainforests, disturbed and secondary rainforests, and riverine and coastal forests of nipa palm and mangrove. They also easily adjust to human settlements; they are considered sacred at some Hindu temples and on some small islands, but a pest around farms and villages. Typically they prefer disturbed habitats and forest periphery.

Thank you Thurd and Ashish :).

Yes..they are really lovely and precious..

Thanks you two for your comments! Just added the photos to the mission :).

Great photo! You should add this to the primate watch mission.