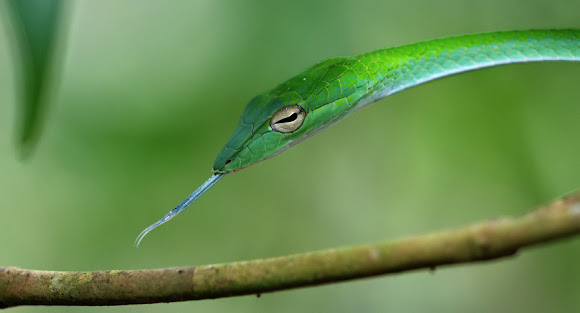 The mildly venomous, but docile, Malayan or Big-eye Green Whip Snake occurs in primary and mature secondary forest, and is commonly encountered on vegetation near forest streams.

Found this guy on my trip to Pulau Ubin, Singapore.

Thank you very much for your comments!

Nice find Buddy! I love the last photo in this album, great detail!