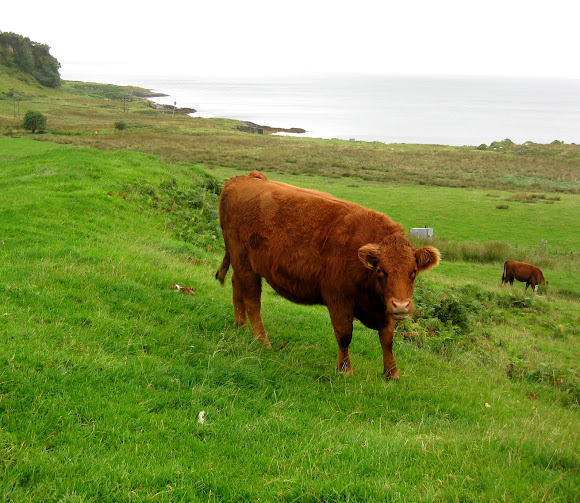 Cattle (colloquially cows) are the most common type of large domesticated ungulates. They are a prominent modern member of the subfamily Bovinae, are the most widespread species of the genus Bos, and are most commonly classified collectively as Bos primigenius. Cattle are raised as livestock for meat (beef and veal), as dairy animals for milk and other dairy products, and as draft animals (oxen / bullocks) (pulling carts, plows and the like). Other products include leather and dung for manure or fuel.

In some countries, such as India, cattle are sacred. It is estimated that there are 1.3 billion cattle in the world today. In 2009, cattle became the first livestock animal to have its genome mapped.