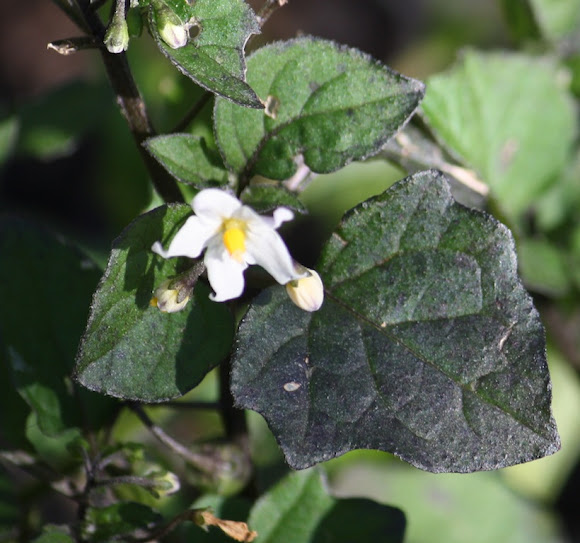 Solanum(nightshades, kangaroo apples).A very large genus of herbs, shrubs, trees and even climbers. They are usually hairy, and often prickly. The flower is star-shaped, sometimes a very pointed star, in other instances with almost no points at all. The fruit is a succulent berry. In Western Australia there are 43 native species, mostly in the arid zone, and 11 naturalised ones. Consult a specialist text for exact identification. Two similar species occur on roadsid es and wastelands. S. americanum (glossy nightshade) occurs from Geraldton to Albany, chiefly in wet areas. It is a sprawling or erect annual or short-lived perennial to 60cm. It has oval, dark green leaves. The small, star-shaped white flowers grow in stalked clusters from the leaf axils, and are followed by shiny black berries. A cosmopolitan weed, probably originally from America. From http://www.wswa.org.au/western_weeds/sol...

Looks like Solanum nigrum or a very close relative.