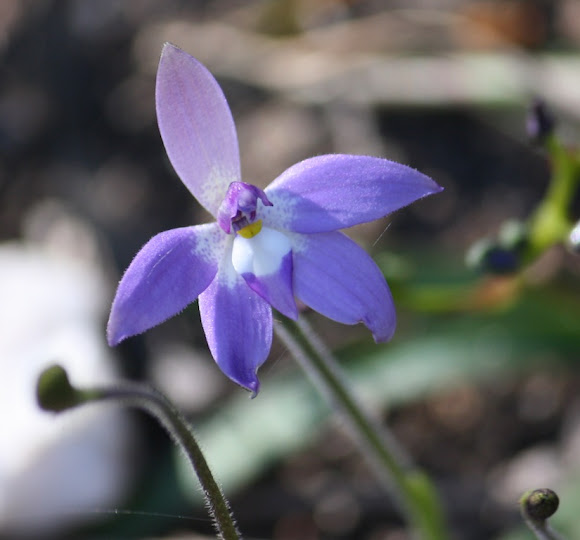 Found this orchid growing close to the roadside, in open forest (eucalypt), several others of the same species were close by.

Erect perennial herb to 30cm high, leaf lanceolate, flowers mauve or purple becoming white near the base. Widespread in heath and open forest

With all the rain we've had I'm expecting the hills to be blanketed with them, and very soon.

They are very striking

Our most prolific orchid: http://www.projectnoah.org/spottings/519...