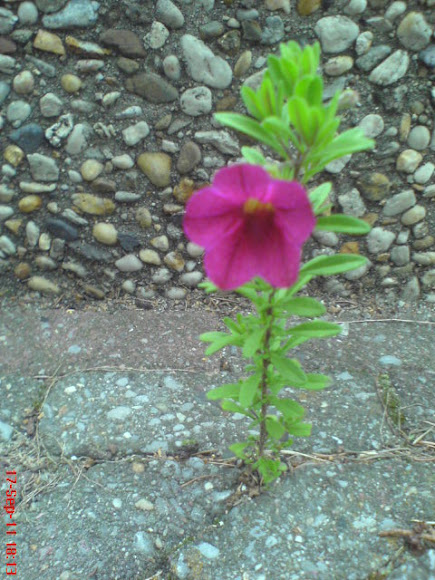 Petunia is a widely cultivated genus of flowering plants of South American origin, closely related with tobacco, cape gooseberries, tomatoes, deadly nightshades, potatoes and chili peppers; in the family Solanaceae. The popular flower derived its name from French, which took the word petun, meaning "tobacco," from a Tupi–Guarani language. Most of the varieties seen in gardens are hybrids (Petunia × hybrida)

found it nearby the city-garden (1 street before). maybe offspring from one of my common city garden plants.

thanks dandoucette, even is it a week later.!! :)