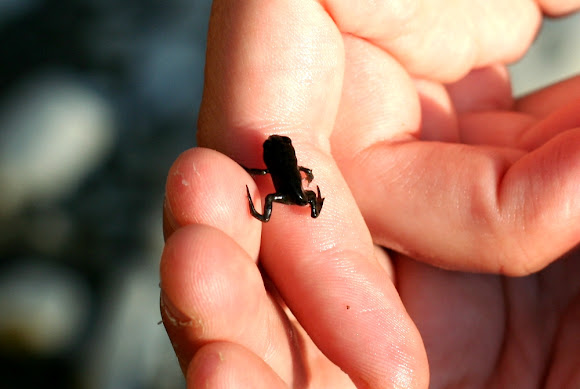 TadpoleTadpoles are young amphibians that live in the water. During the tadpole stage of the amphibian life cycle, most respire by means of autonomous external or internal gills. They do not usually have arms or legs until the transition to adulthood, and typically have dorsal or fin-like appendages and a tail with which they swim by lateral undulation, similar to most fish. As a tadpole matures, it most commonly metamorphosizes by gradually growing limbs (usually the legs first, followed by the arms) and then (most commonly in the case of frogs) outwardly absorbing its tail by apoptosis. During the final stages of external metamorphosis, the tadpole's mouth changes from a small, enclosed mouth at the front of the head to a large mouth the same width as the head. [Wikipedia]