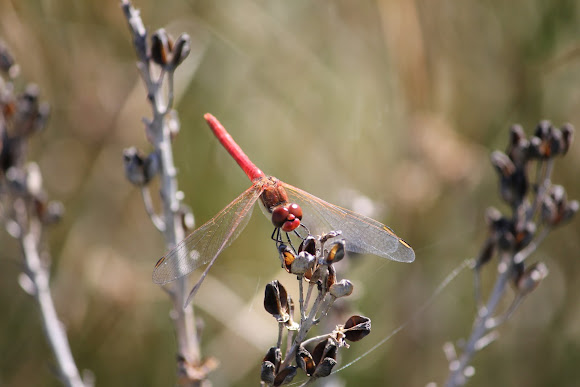 It is a dragonfly of the genus Sympetrum. It is a common species in southern Europe and from the 1990s onwards has increasingly been found in northwest Europe, including Britain and Ireland.

It is found in all sorts of still water but being a migrant it is often found away from water. It has been seen flying over the sea.