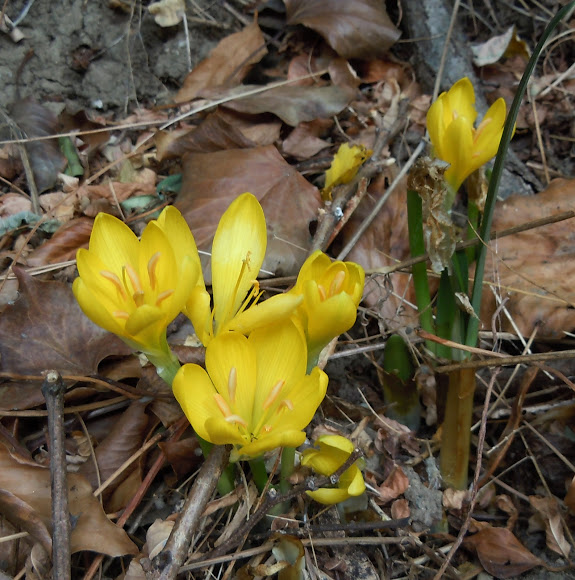 growing wild along a path in Tuscany. Colchicum ( /ˈkɒltʃɨkəm/) is a genus of flowering plants containing around sixty species of perennial plants which grow from corms. It is a member of family Colchicaceae, and is native to West Asia, Europe and parts of the Mediterranean coast. Colchicum autumnale, commonly called "autumn crocus" or "naked ladies", is the best known species. It produces purple, pink or white flowers resembling those of the crocus which appear from September to October in its native latitudes. It forms a rosette of dark green leaves, but only after flowering. Several other species, such as C. speciosum, C. album, C. corsicum and C. agrippinum, are grown for their flowers

This might be yellow meadow saffron - Colchicum sp. but I'm not sure.
http://en.wikipedia.org/wiki/Colchicum
Or a fall flowering Crocus sp.