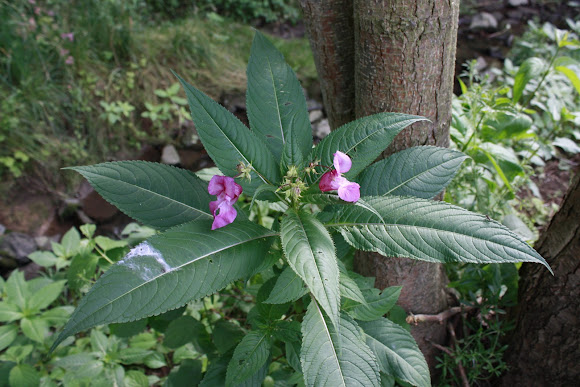 Himalayan Balsam is sometimes cultivated for its flowers. It is now widely established in other parts of the world, in some cases becoming an invasive species weed.