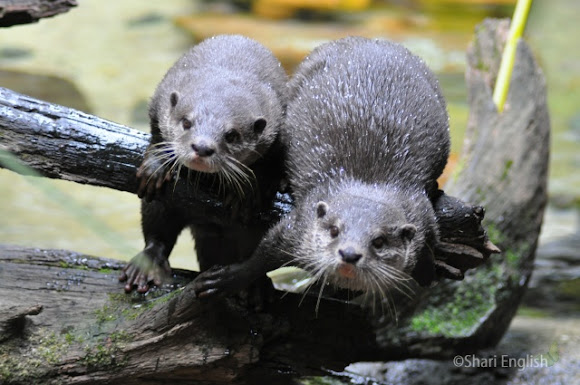 The smallest of all otter species, streamlined body. fur is dense and velvety, dark brown with a lighter underbelly. They have small rounded ears which contain a valve that can be closed when underwater. Vibrissae or whiskers sense underwater vibrations which assist in detection of prey. Named for their shorter claws which they use to manipulate molluscs and crabs. This species is listed as VULNERABLE.

Native to coastal areas from India to China. Lives in freshwater wetlands, swamps, rivers and mangroves. can also be found in rice fields. Nest in burrows that the dig into muddy river banks. Unlike many other otter species the Asian Small Clawed Otter spends most of their time on land.

These otters were not found in the wild, they were spotted at Australia Zoo on the Sunshine Coast, QLD. Such playful little guys, fascinating to watch and learn about.