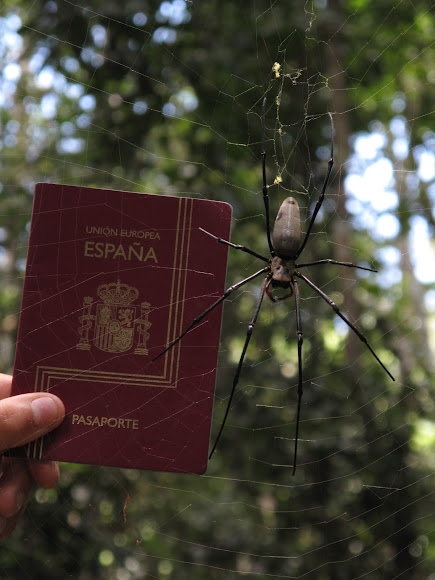 Golden orb-weavers reach sizes of 1.5 to 2 inches in females, not including legspan, with males being usually 2/3 smaller (less than 1 inch). The largest specimen ever recorded was a 2.7 inch female N. clavipes (which is now debated to have been a new yet undocumented subspecies) from Queensland, that was able to catch and feed on a small-sized finch.

Golden silk orb-weavers are widespread in warmer regions throughout the world, with species in Australia, Asia, Africa (including Madagascar), and America. One species, N. clavipes, occurs in the United States of America, where it ranges throughout the coastal southeast and inland, from North Carolina to Texas.

A female with her mate

So scary, so gorgeous